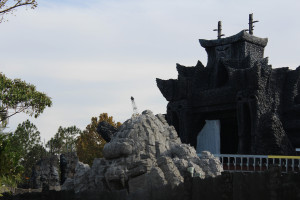 From 2016 to 2018, Orlando’s most popular theme parks will be undergoing drastic changes. Walt Disney World Parks, Universal Studios Orlando, Sea World, and LEGOLAND Florida Resort will all be making renovations and additions to their parks, and introducing new and exciting attractions near your Central Florida home.

Disney World will be introducing new shows, events and attractions in almost all of their parks. Due to their major success with movies like Frozen, Inside Out and Zootopia, Disney is able to put more money and time into their world-renowned attractions and bring more excitement to the Orlando area.

Animal Kingdom will be the first to debut its brand new show, the Rivers of Light, on April 22, 2016. This nighttime spectacular will showcase live performances, large animal-shaped floating lanterns, water screens and beautiful imagery. The music and scenery will take you on a journey through Asian jungles, African safaris and the North American mountains. Coming soon in 2017, Animal Kingdom will be adding onto its adventure with the all new Pandora — The World of Avatar. This section of the park will be based on James Cameron’s Avatar, a movie based on a wondrous, fictional planet filled with mystical floating islands, tribal blue people and huge flying animals.

Hollywood Studios will be undergoing some of the biggest changes out of all of the Disney Parks. Spring 2016 will bring new Star Wars themed attractions including a firework show called “A Galactic Spectacular,쳌 featuring characters from the complete saga, and a new live stage show titled “Star Wars: A Galaxy Far, Far Away.쳌 Future attractions estimated to open in 2017/2018 include the new Toy Story and Star Wars lands, featuring new rides like a Slinky Dog roller coaster and a live size Millennium Falcon experience!

EPCOT is making a few changes coming this Spring 2016. Norway will be expanded to include a new Frozen meet-and-greet with Anna, Elsa and all of the Frozen characters. There will also be a new Frozen Ever After boat ride that will immerse guests into popular scenes from the successful film. Coming to EPCOT this Summer 2016, Disney’s Soarin’ attraction will be replaced with a brand-new 4K HD Soarin’ Around The World where you can fly through the world’s most wonderful natural and man-made landmarks.

Soon to be Unveiled at Universal Studios Orlando

Universal always brings the competition to theme park expansions. Not only do they cater to a diverse audience of children, teens and adults, they are also able to build quickly due to their “all-day쳌 construction mantra.

Universal’s Islands of Adventure is coming out with a brand-new ride this summer — Skull Island Reign of Kong. This multi-sensory and multi-dimensional ride will take you on a 1930’s survival adventure with prehistoric predators and a familiar ape, King Kong! And, coming back to Islands of Adventure this summer is The Incredible Hulk Coaster. This classic roller coaster has been revamped with a new storyline, ride vehicles, twists and turns.

Universal Studios is bringing two new rides to the table next summer. Race Through New York Starring Jimmy Fallon will have you speeding against Jimmy through the streets, subways and skies of New York! In 2017, Fast & Furious — Supercharged will take you on an action-packed, customizable and high-octane underground race alongside your favorite stars from the movies. 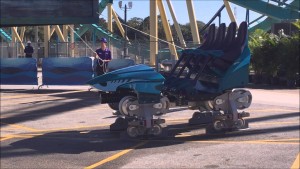 SeaWorld is making big changes in the way they cater to their animals. As of Summer 2016, they will no longer be breeding orca whales in an effort to protect animals in the wild and inspire guests to do the same. Instead of theatrical animal shows, orca whales will have inspiring natural encounters for guests to enjoy.

With the change comes a new and exciting ride that will break records in Orlando. Mako Rising will reach up to 73 MPH, be 4,760 feet long, and 200 feet tall, making it the longest, tallest and fastest roller coaster in Orlando!

The popularity of the LEGO NINJAGO toy and cartoon-series has brought upon the addition of LEGO NINJAGO World which takes guests into an immersive land of “mystical ninjutsu and magic.쳌 Scheduled to open in early 2017, this experience will include LEGO NINJAGO The Ride, a brand-new 4D dark ride where you will fight dark forces using your own elemental magic by waving your hands across the new ride’s state-of-the-art sensor technology.

In May 2016, LEGOLAND will debut "The LEGO Movie 4D A New Adventure" movie experience, a LEGOLAND theme park exclusive. The short 3D film will play several times a day, with 4D effects such as water, fog and wind bringing the action into the audience. They will also launch LEGO Nexo Knights 4D: The Book of Creativity, an all-new theatrical attraction pitting five young knights against the forces of evil!

LEGOLAND Water Park now offers a new Build-A-Boat attraction where children can create and race their own LEGO watercrafts through fast-flowing rivers.

Are you looking to live near these exciting Central Florida theme parks and attractions? Highland Homes is pleased to build new homes designed for your life throughout Greater Orlando, Central Florida and beyond. Choose from more than 30 home plans priced from the mid $100,000’s to $300,000’s, with low down payment finance options available for qualified buyers. To find your new home in Orlando and browse all of our exciting Florida communities, visit the Highland Homes website.

Everything You Need to Know About Living at Astonia in Davenport A Detailed Look at the Serendipity Home Plan by Highland Homes Home Design Showcase: Granite and Quartz Countertops Introducing New Homes in Lakeland at Hunter’s Crossing Phase 4 6 of Our Favorite Things to Do in Auburndale, FL